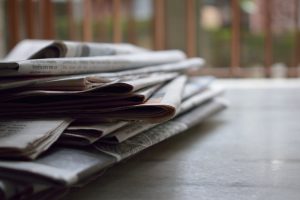 PRESS RELEASE
The Trinidad and Tobago Association of Psychologists would like to clarify certain reports based on the contribution of the Association’s President Dr. Katija Khan at the recent Joint Select Committee (JSC) inquiry into the state of mental health services and facilities in Trinidad and Tobago.
In response to questions by the JSC pertaining to suicide, Dr. Khan’s response was that suicide was a public health crisis that also extended to children.
Another broadcaster and other media outlets reported that Dr. Khan suggested that the SEA exam was partly to blame for students being placed on suicide watch. This is an incorrect record of comments made by Dr. Khan. Her comments on the SEA exam were in direct response to a question by the Committee chairperson on whether the SEA exam was a factor contributing to suicide amongst students. Dr. Khan indicated that the SEA is indeed stressful for both parents and students and it would be worthwhile to conduct more research into the impact of the SEA exam on students.
The Association would like to thank the JSC, ably chaired by independent senator Dr. Dhanayshar Mahabir, comprising members from both the government and opposition, for the opportunity to contribute to the inquiry on mental health services. The Association commends the JSC on its work and is hopeful that the evident commitment and fervor of its members can lead to tangible developments. We would also like to commend the Ministry of Health and its Mental Health Unit for their work in engaging stakeholders to develop strategies to address mental health issues.
The Association is heartened by the current level of national interest in improving mental health. There are many gaps that need to be addressed and the Association is resolute in its commitment to contributing to developing effective solutions to mental health problems, including that of children at risk of suicide. We thank you for the opportunity to be of service.